For me, the most meaningful thing at the 23rd International Theater Festival in Plzen was a dominant trend: the preponderance of what I would call direct action theater.

This accounted for the majority of the festival’s prime billing: (A)pollonia, An Enemy of the People, The Bat, The Tempest, The Kindly Ones. To call this theater strictly political would be too simple and imprecise; it raises issues that go far beyond the boundaries of politics. Rather, this is a theater of fear for man (and, of course, for society) – the action, even if it describes the events of the Second World War ((A)pollonia and The Kindly Ones), is very tightly connected to our modern existence. This theater speaks directly to the viewer’s reason and emotion, to their conscience – and the message clearly prevails over the artistic form. (The main thing is to speak one’s mind; how to do it is secondary.) But as these plays are staged by very strong directors, the creative aspect remains fine. 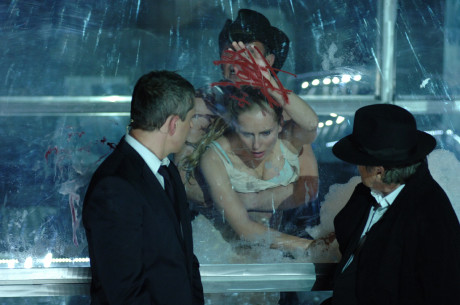 Of course, the two star directors here were Krzysztof Warlikowski and Thomas Ostermeier. Their plays left the strongest impression, even though the two follow different paths to their goal. Warlikowski creates an extended association field, leaving behind – seemingly! – the mainline established in (A)pollonia. Starting with the play’s main theme of the Holocaust, he turns off onto a siding of ancient mythology, pastes together the action using the principles of associative editing and collage, only to deliver a massive blow to the consciousness and nerves of the viewer, in order to dislodge their minds from the grip of familiar stereotypes and force them to personally experience the tragedy that the play describes. 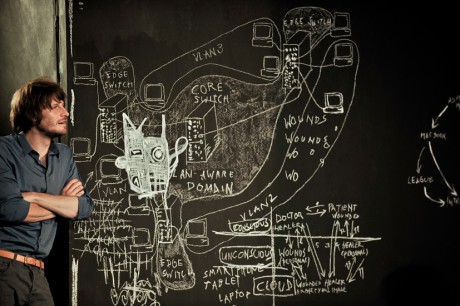 Thomas Ostermeier: An Enemy of the People. FOTO archiv

Thomas Ostermeier, conversely, takes a straight path to his goal, barreling through the undergrowth and discarding anything that would distract from the concept. His take on Ibsen’s An Enemy of the People is actualized – turns out that this whole story of building a resort on polluted waters can be painlessly transplanted into the 21st century, and the fact that the last-act disputecreated by the director came off well (and they say it always does, wherever this thing is played) is undeniable evidence of success.

However, the dispute shows that not everything Ostermeier wanted to say can be perceived by the public in time. The audience is indisputably on Dr. Stockmann’s side, although he is as much of a manipulator of the public opinion as his adversaries. Still, he appears selfless – although it is not quite clear whether he is only protecting people’s health or is also attempting to realize his ambitions. Ibsen appears to have glorified the Superior Man – simultaneously with Nietzsche; at that same time, Dostoyevsky was busy tearing down the Superior Man by showing his greatness to be false, and his intentions – dangerous. The entirety of the 20th century serves as one big proof that it was Dostoyevsky who was right. Incidentally, Ostermeier also somewhat dethrones his hero at the end: in the final scene, after the dispute, the now destitute Stockmann is visited by his father-in-law, who leaves him a file with his shares – and Stockmann and his wife, bending over the paper, look hopefully into each other’s eyes…

Another interesting thread in the same group of plays: a classic name becomes only a pretense for a conversation about modernity. Strauss’s operetta The Bat was turned into a violent drama about the right to euthanasia and the ethics of a doctor who helps to end lives for money. (However, the production was creaking under the weight heaped upon it – beyond the euthanasia theme there was another plotline, about a young cripple, which was superfluous.)

The Tempest also had barely any connection to Shakespeare’s drama. What Shakespeare presents as reality (the island where the heroes are marooned in a shipwreck) is here a metaphor. The production is about loneliness, about how the modern man far too often feels washed ashore (from life). It must be pointed out that all four actors are very suggestive and sincere. 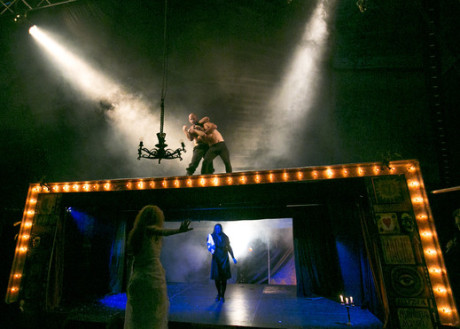 The other group of shows that excited me were the productions of Russian classics. Unfortunately, The Brothers Karamazow and Master and Margarita ran on the same night; I chose Bulgakov, and I believe I lost. I don’t know how Cinoherny klub and the director Martin Cicvak resolved their Dostoyevsky, but I am aware of that theater’s great reputation. On the other hand, Teatro Tatro’s take on Bulgakov was very superficial, vulgar, and full of the clichés that abound in this novel’s stage productions. Even the inevitable and extremely tiring image of Stalin. The show started out somewhat fun, but quickly turned tedious. 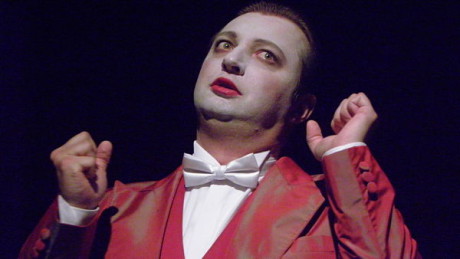 For a long time, Dead Souls. from Městské divadlo Brno (directed by Hana Buresova) seemed like a fairly traditional grotesque that properly captured the spirit, if not the form, of Gogol’s poetics. Michal Istenik’s portrayal of Chichikov looked to be right on the money. But then it turned out that the production contains something more: the final monologue about the “bird-like troika” sounded like the confusion of a modern European in the face of the indecipherable, irrational path down which Russia is flying (and why, according to Gogol, other nations are supposed to give it way). The question is timely, and, like all good questions, has no answer. 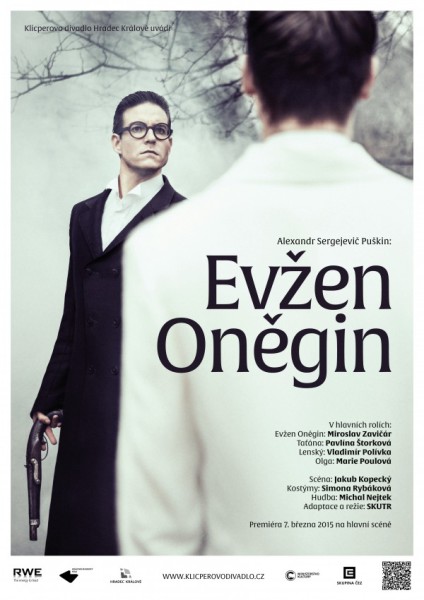 Eugen Onegin  by the theater from Hradec Kralove was clearly split in two in terms of form. The first act was ironic and philosophical, with Pushkin’s narrative serving as the foundation for another, a permeating motif of “why do I need a soul” (Onegin’s answer to an indentured girl who introduced herself as “I am your soul”, i.e. your slave). The second act featured less philosophy, but a greater number of high-impact theatrical techniques. And – this counts for a lot – the production retained the grace and ease of Pushkin’s tone.

Overall I must say that the festival was very well organized. Of course, 4 plays per day can be a little tiring, but it is better than festivals with one, perhaps two shows a day, where by the third day you hardly know how to pass the time.

Boris Tuch, Tallinn, Estonia. Writer, translator, journalist, editor-in-chief of the Zelyonaya Stolitsa newspaper. Author of 6 books on the problems of theater and modern literature, recipient of awards from the Estonian Theater Union, the Estonian office of FIPRESSI, and the Cultural Endowment of Estonia. Published in Estonia, Russia, Latvia, Finland, Belarus and Poland.