Jac van Steen: Dvorak and Janacek are my heroes but now Smetana is my Favorite!

British Garsington Opera in Oxford celebrates its 30th Anniversary Season. It´s a pleasure that the traditional summer festival is opened by Czech opera The Bartered Bride with the conductor Jac van Steen. As he is connected not only with Prague but also with Czech music we asked him few questions. 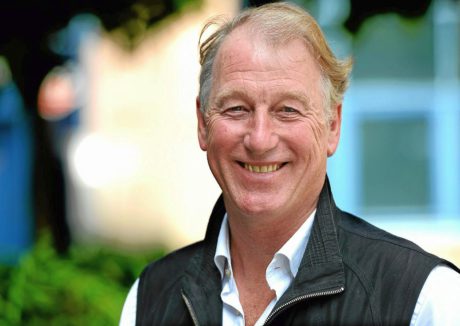 Mr. van Steen, as a conductor of Prague Symphony Orchestra, you surely know something from Czech music. Is there any favorite Czech composer for you?

As we momentarily enjoy enormously the work on Prodana nevesta I am tempted to simply answer : SMETANA is my favourite composer…( as I always choose the composer I am conducting at the very moment !!!) ….but my a b s o l u t e favourite is DVORAK …and not just because I had the privilege to perform his Stabat Mater at Smetana Hall during the Good Week in Prague…but I think all his music is pretty genius…

What kind of music do you like best – operas, symphonies, songs … or something other?

My season is usually well balanced by two major Opera-engagements combined with an enormous amount of symphonic works for large orchestra… As my inspiration also comes from a wider range of the repertoire amongst which: String quartets , Modern Jazz and a Capella choral music every now and then…

Opera The Bartered Bride is quite iconic for us, Czechs. And so it is important for us how the foreigners will meet it. What is your opinion about this opera?
If we challenge ourselves to play the music exactly as Smetana heard it in himself for the first time with all the right nuances and details , in combination with a rich Czech performing-tradition we will experience a masterpiece that is far more than merely entertainment.

Is it your first meeting with this work of Bedrich Smetana?
Yes, it is the first time I will perform the complete opera.

Did you work on some Czech operas before?
As Dvorak and Janacek are my heroes I worked intensely on Rusalka and the Cunning Little Vixen…amongst a lot of Czech symphonic music in general …also Bohuslav Martinu is in my interest of repertoire.

Can you tell us something about your work in Garsington opera company? Is it your first co-production with this house?
This will be my third appearance at Garsington Opera …the first visit was for Intermezzo by Richard Strauss , followed by Pelleas et Melisande by Debussy …both productions warmly received by audience and press at the stunning theatre of Wormsley estate.

Shall we look forward to very modern or shocking conception of the performance or will it be a conservative piece?
Obviously this is more a question for the Director – Mr. Paul Curran. But it will be an exciting production …that’s for sure.

What are your next plans for this year?
The month of June will be 8 performances of the Bartered Bride and in between these performances concerts with the BBC ( Martinu symphony nr 3 !!! and the Royal Academy ), followed by recordings with the famous RPO.
The new season too much to mention but a highlight will definitely be the complete Ma Vlast on the 28th of October in Prague with the Prague Symphony Orchestra as well as concerts in Ulster and Wales … Opera will be scheduled in the new year : Boris Godunov in Vienna .
So: a lot to look forward to…

Garsington Opera gives performances of great artistic quality in a setting of extraordinary natural beauty. Performances take place in the spectacular Opera Pavilion, which sits within the rolling landscape of the Chiltern Hills, less than an hour from London. Garsington Opera was founded in 1989 by the late Leonard Ingrams and his wife Rosalind at Garsington Manor, near Oxford. Following Leonard’s untimely death, Garsington Opera moved to the Wormsley Estate, home of the Getty family, in 2011. The festival presents a programme of four operas each year during a seven-week summer period. This year the jubilee 30th Season is opened by Czech opera The Bartered Bride and the conductor is Jac van Steen   . More info  https://www.garsingtonopera.org/

The review of the performance The Bartered Bride will be published in DN .

Komentáře k článku: Jac van Steen: Dvorak and Janacek are my heroes but now Smetana is my Favorite!