‘The Pig, or Vaclav Havel’s Hunt for a Pig,’ a Wry Czech Tale

When I left the 3LD Art & Technology Center the other night, I had half of a pulled-pork sandwich in my pocket, and Vaclav Havel was dancing around the room, singing a rambunctious version of the Velvet Underground’s I’m Waiting for the Man to live accompaniment. Such are the happy vagaries of a New York theater critic’s life. 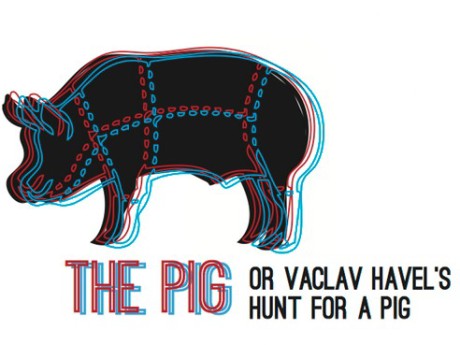 O.K., it wasn’t actually Havel, the Czech playwright who went from dissident to president and died in 2011 at 75. It was the fine actor Robert Honeywell, playing him in the Havel play The Pig, or Vaclav Havel’s Hunt for a Pig — except it wasn’t exactly Havel’s play, but Edward Einhorn’s English adaptation of the Czech director Vladimir Moravek’s adaptation of a dialogue that Havel wrote in 1987, two years before Czechoslovakia’s Velvet Revolution ended four decades of Communist rule. 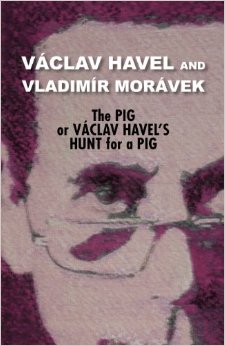 Such are the layers to be parsed by audience members at The Pig, presented by 3-Legged Dog and Untitled Theater Company #61. Seating is arranged around a rectangular stage, in part at communal tables, so that the action swirls around you, a combination of live performance and live and recorded video footage.

I was often adrift in the narrative, which also includes Mr. Moravek’s interpolations of Smetana’s 19th-century opera The Bartered Bride and Mr. Einhorn’s dialogue for an American journalist tracking Havel’s efforts to procure a pig. This drifting was frustrating at moments but also felt purposeful, a structural reminder of the subterfuge required by dissident writers working against and within a society ruled by an oppressive bureaucratic regime. (These structural reminders worked on a more sophisticated level than some of the more explicit commentaries on Communism, though the Cold War material feels all too relevant given the evolving situation in Ukraine.) 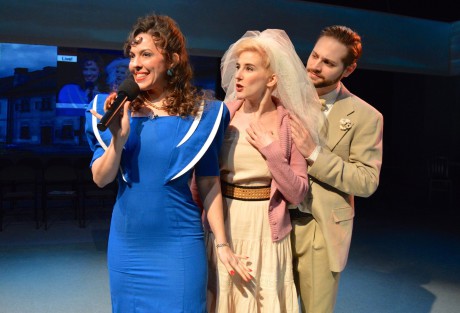 In such a world, simple tasks like, say, acquiring a pig, become maddening farces. Transactions are like song and dance routines, and so, of course, much of the action in The Pig is actual song and dance, offering mercurial yet robust shifts in tone. (The direction and musical arrangements are by Henry Akona.)

As Havel was led on an increasingly expensive goose chase for his perhaps illusionary pig, many in the audience munched on actual pig, thanks to catering by the Brooklyn restaurant Korzo. The food was delicious — and also perhaps a pointed commentary on the haves and have-nots of our tangled yet Balkanized world.

/A version of this review appears in print on March 13, 2014, on page C4 of the New York edition with the headline: A Song-and-Dance Survival Strategy/